McDonald's to switch to paper straws in UK 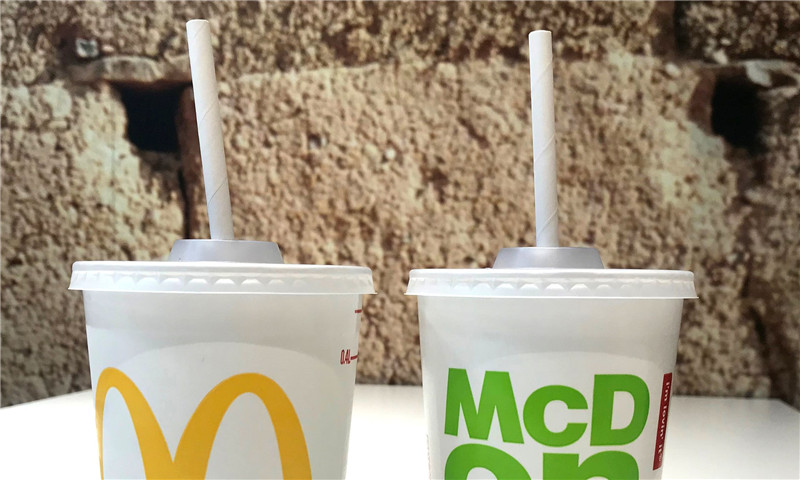 McDonald’s will end the use of plastic straws in its British restaurants next year, after nearly half a million people called on the company to ditch them.

The decision by the US fast-food chain to switch from plastic to paper straws follows a trial at a number of outlets in the past two months. The firm uses around 1.8m straws a day in the UK.

The switch will affect McDonald’s 1,361 outlets in the UK, but not the rest of its 36,000 restaurants worldwide.

The sum of Us petition calling for the change had warned that plastic straws ended up polluting the ocean, harming seabirds and marine life.

McDonald’s said it had listened to customer concerns and would begin phasing out plastic straws in September, completing the process at some point in 2019.

Paul Pomroy, the chief executive of McDonald’s UK and Ireland, said: “Reflecting the broader public debate, our customers told us they wanted to see a move on straws but to do so without compromising their overall experience when visiting our restaurants.”

The paper straws will be sourced from suppliers in Northern Ireland and Wales.

Initially, only a limited number of the chain’s restaurants will have recycling facilities for the paper straws, but the company has committed to ensuring they can be recycled at all stores by the end of 2019.

The government Warend earlier this year that plastic straws, along with other single-use plastic items such as cotton buds, could be banned as part of its efforts to cut marine pollution.

McDonald’s is the latest in a string of high street names in the process of replacing plastic straws with paper or biodegradable straws, including Costa Coffee, Wetherspoons and Pizza Express.

Waitrose has said it would no longer stock them, while Pimms and other drinks at Wimbledom will be served with paper rather than plastic straws.

Other parts of McDonald’s global empire are experimenting with alternatives to plastic straws, and trials are due later this year in the US, France, Sweden and Norway.